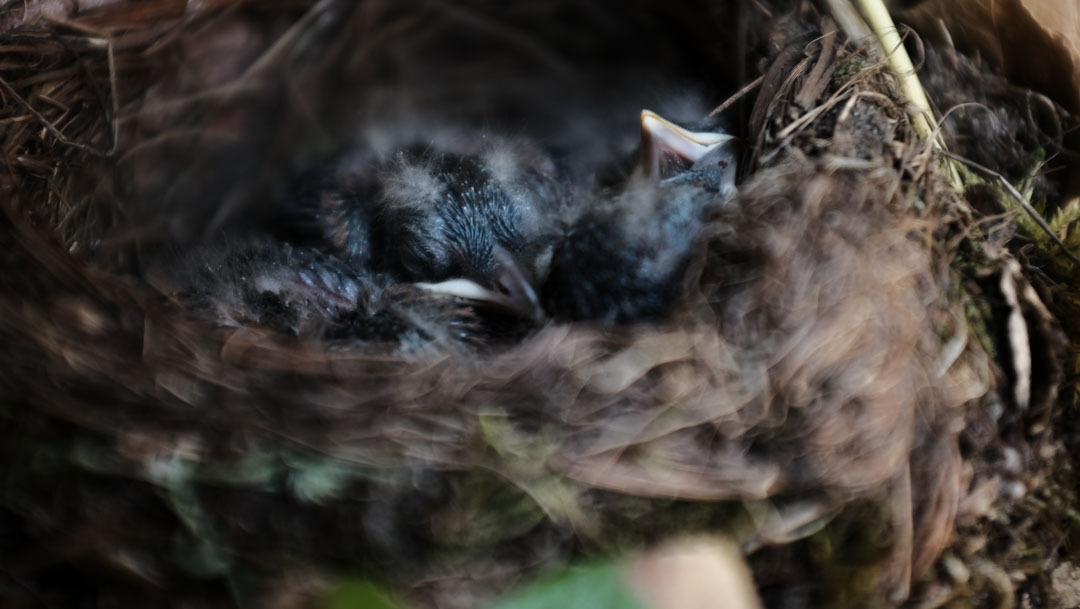 The world is not a place. It is that which constitutes meaning.

Perhaps you think of the world as a container of space or a 3D-grid on which objects can be placed. Your world would then be somewhat like an open map in a video game, in which a user could plant soils, trees, humans, and houses adjacent to one another at will.

Fig 1. Hammers in the universe

If, however, we lend our ear to German phenomenologist Martin Heidegger, this Minecraftization of the world will have to come to an end. The world is not a place. It has nothing to do with a 3D-space and co-ordinates. It is not some kind of storage room either. Rather, the world is a mode of being.

To this rather enigmatic phrase ‘mode of being’ belongs an equally enigmatic definition of ‘world’ by Heidegger in his magnum opus Sein und Zeit (1927):

The “wherein” of an act of understanding which assigns or refers itself, is that for which one lets entities be encountered in the kind of Being that belongs to involvements; and this “wherein” is the phenomenon of the world. (Heidegger 2001, 119)

A yes! That kind of “wherein”!

Allow me to explain briefly why world,  existence, and meaning are related in a Heideggerian universe.

By this worldly existence, Heidegger understands nothing more than our everyday undertakings. Getting out of bed, brushing one’s teeth, going to work, fermenting some kimchi: regular normal people stuff.

But just listing all the things we do in the world will not help us to get closer to an understanding of world, though. We would still need to understand how we could describe the ‘worldliness’ of these things. Else we end up with a big dataset of practical undertakings, ranging from making coffee to exploring distant mountain tops.

Heidegger’s question thus becomes: how do we exist when we are in the world? What kind of relation do we have towards other beings, so that we may encounter them as worldly things?

For one thing, all worldly beings appear meaningfully to us. It allows us to see things ‘as’ something ‘to’ do something with. Rather than clumps of matter, we immediately know what things are for.

The hammer is to hammer with.

The shed is to work in.

The cow is to be fed.

The fermented foods are to be enjoyed.

Therefore, world has something to do with meaning. We understand the being of other things in the world as closely tied to involvement or concern with them.

Fig. 2 Hammering in the world to fix the house

The world is not ‘in’ us, nor is it ‘outside’ of us. It is a mode of existence, which forms a kind of relation between me and other beings. ‘World’ is a way in which I am, so that I can be open to other beings in an involved manner, which means understanding them meaningfully ‘as’ something.

Put very bluntly (Heideggerian scholars, close your eyes), as an existing human, I am a bit like a nightclub whose entrance is guarded by a bouncer. Things can make an appearance ‘in’ me, but the way in which they give themselves is regulated.

In a nightclub, humans appear with fancy shoes (no sneakers). In the world, things appear as meaningful. World is thus open in a ‘regulated’ way, just like the nightclub is – with a dress code. Beings present themselves in one fashion (namely, as meaningful).

This awkward metaphor should soon be abandoned, though! Unlike a nightclub, I am not passively awaiting things to come to me. As Heidegger scholar Dreyfus has it, Being-in-the-world is an interpretation of the activity of existing (Dreyfus 1990, 40). Worldly being is concerned being.

Anyway, the point is that the structures of my own existence founds the world. The way in which I exist in the everyday world discloses beings as meaningful.

Isn’t this all rather anthropocentric? On the one hand, no: world welcomes other beings than me to make an appearance. Just like people in a nightclub are not the same as this nightclub, so the worldly beings have lives of their own.

On the other hand, yes, because Heidegger remains skeptical whether animals could have a world. Surely, they do not seem to be hammering away all too often! In that way the openness to world would belong to human existence only (Dasein).

Therefore, Heidegger’s Welt might be experienced as rather myopic in the Anthropocene debate, which seems to scream for a more non-anthropocentric theory of existence. Tectonic movements, the long carbon cycle, ocean acidification… All this seems to point out that there is more to Earth than just the (human) World!

But in defense of Heidegger, I would say that his philosophy can make us become more attentive to how we humans are open to other beings. And that this, obviously, is different from how non-humans do this. It is rather hard to simply jump into a more-than-human ontology, if most and first-of-all the world is disclosed meaningfully to us on our own terms.

Moreover, Heidegger does not state that other beings can exist only as worldly beings: this is merely one way in which human existence unfolds itself, one way in which beings can appear. Things might as well have their lives devoid of human meaning, when they retract into their unworldly, earthly existence beyond us.