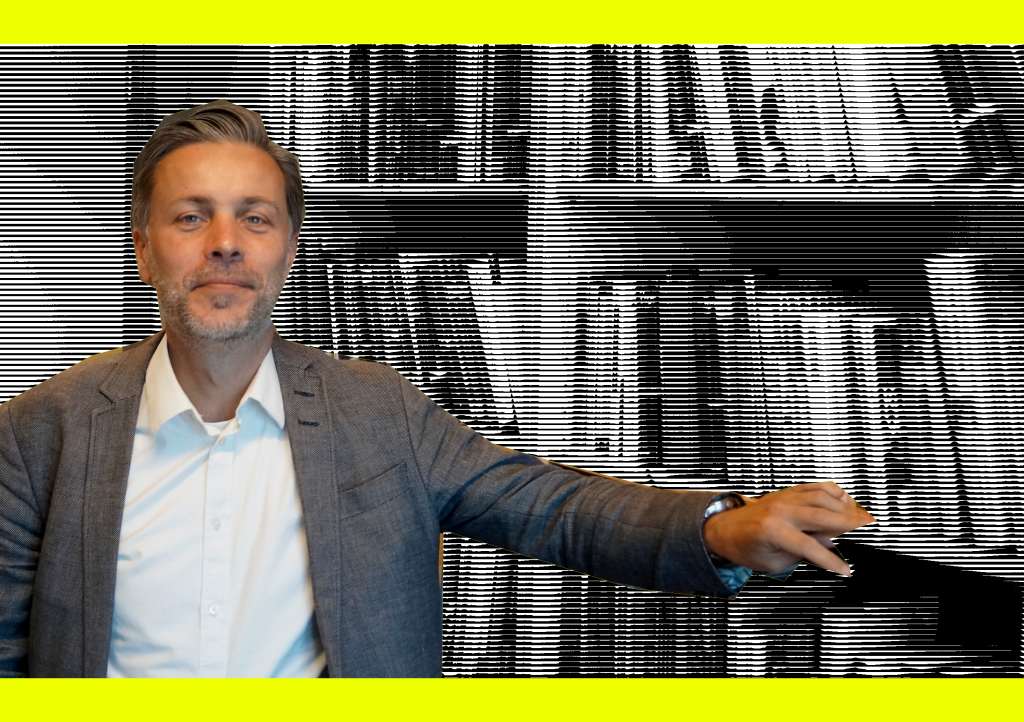 Michael Boyden is professor at the Department of Modern Languages and Cultures at Radboud University. He has published extensively on climate fiction from various perspectives, and his new, forthcoming book Climate and the Picturesque in the American Tropics will investigate future-oriented understandings of climate in late 18th and 19th century American travel writing. What does a man of letters recommend to read in times of climate crisis? Boris sat down with Michael Boyden, who also happens to be one of his PhD supervisors, to talk books.

What are you reading at this moment?

For pleasure, I am reading a book titled Straight Man by Richard Russo, which is a campus novel. When it comes to more serious stuff, I am currently reading Roberto Esposito’s Immunitas. Esposito is an Italian philosopher, who has written a very influential book on discourses of immunity in which he argues that there has been a shift from the idea of a ‘natural’ to an ‘acquired’ immunity. I am developing a project on cultural immunity, so this has been on my list for a long time. Then, I also just started reading The New Spirit of Capitalism, a sociological book by Luc Boltanski , which studies how a certain ‘corporate spirit’ took shape in various sectors.

Those are books from quite different disciplines. How do you, as literary theorist, relate and make use of those works from other disciplines?

These are all books that I can use for my work as a literary scholar. Indeed, they are not literary scholars themselves, but I am drawn to sociological approaches to literature. Working on such crossover topics allows you to really rethink the coordinates of your own field of study. But this is not to say that interdisciplinarity is always easy. I have worked with a computational linguist, which was also frustrating in some ways. The kind of quantitative approach that we used to analyse the conceptual career of the concept of ‘climate’ is quite different from what I was used to do. I cannot interpret a visualization of network plots in the same way that I read a literary text, and I know nothing about algorithms or the mathematics behind it. That can be quite challenging, but I still like such challenges.

Well, not excessively, since there is so much of it. I tend to find the genre a little formulaic. The plots are, well, rather predictable.

What was the first climate novel that you read?

It depends on how you define the genre. If you take it broadly, then I read a lot of proto-cli-fi without knowing it. If you take it more narrowly, then I think it was Nathaniel Rich’s book Odds Against Tomorrow, which was published about ten years ago. Have you read it?

It’s a novel about a storm that floods New York. The protagonist is a person who is in the business of calculating risk for an insurance company. In the end, it is a nice novel but not without its problems. This is what I observe with the genre as a whole, there is a tendency to return to rather retrogressive scenario’s. They seem to suggest that we should go back to things as they were before. This is something we should probably resist.

Another example is World Made by Hand by James Howard Kunstler, which is also a good book but still highly problematic. Kunstler gives us an image of the US that returns to pre-Civil War culture, while racial and systemic inequalities are not addressed. Because they are so obviously absent, it comes across as if the novel is a sort of disavowal of reality. It is therefore certainly not the case that by virtue of the topic climate change fiction is always progressive, and we should read this sort of fiction with a critical eye. 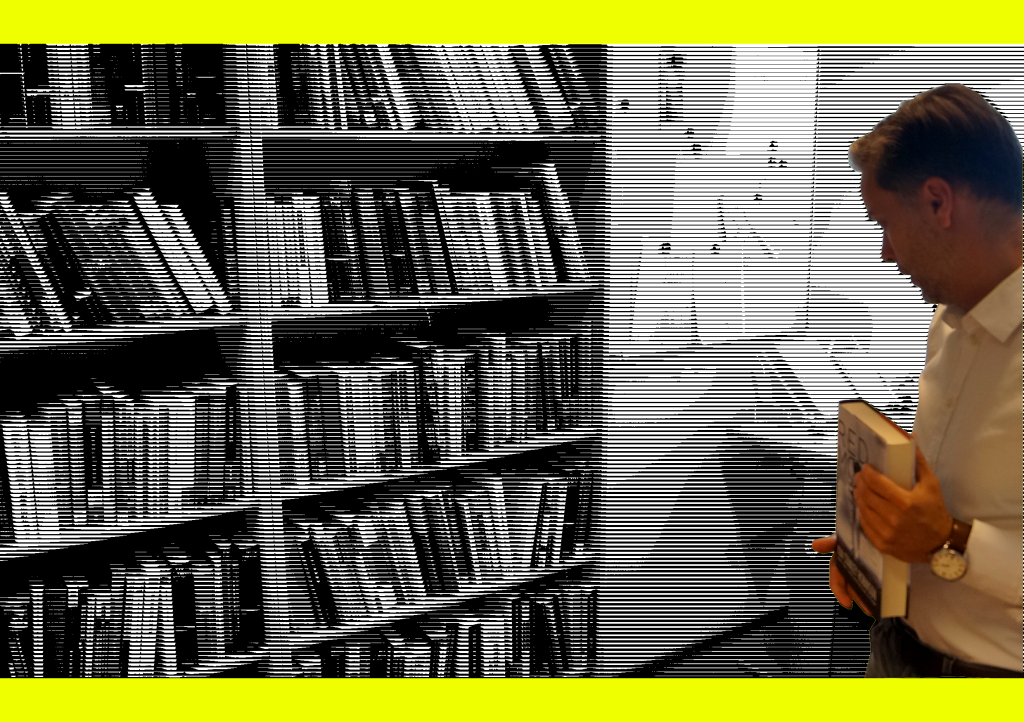 Recently, I was asked whether climate fictions often feature utopian elements. I actually had to think for quite a while to give an example of an eco-upotic novel. Would you say that cli-fi is often not that forward-looking, given the references to a desired past that you just mentioned?

One could think of Kim Stanley Robinson’s Ministry for the Future as an example of eco-utopianism. But I think it is almost impossible to think dystopia without implicitly invoking a utopian starting point. So, dystopian narratives, such as The Road, ask us to return or imagine a world that is modelled and crafted according to the personal biases of the author.

Which books would you recommend to people who want to start reading cli-fi?

Helen Simpson’s In-Flight Entertainment, which I taught recently, is a collection of short stories, although not all of these stories are about climate change. I find it wonderful. Simpson is a very good writer. I think this sort of fiction does what climate change fiction ought to do, namely, dramatize conflicts that cannot be conveyed by non-fiction in the same way. She uses very short vignettes to dramatize ethical conflicts and conundrums that we are faced with in light of anthropogenic climate change. So, I really recommend that book.

Which work of literary scholarship on climate change would you recommend?

I would recommend Adeline Johns-Putra’s Climate Change and the Novel, and Timothy Clark’s Ecocriticism on the Edge, and that other Timothy [Morton, ed.]. The usual suspects. I also really like Tobias Menely’s Climate and the Making of Worlds. Amitav Ghosh [author of The Great Derangement, ed.] as well. And, of course, Ursula Heise’s Sense of Place and Sense of Planet, which was a benchmark for ecocriticism. A lot of earlier publications were about the sense of place, about regional writing that was the central focus of first-generation ecocriticism. Heise argues that we should go beyond that localized discourse. The question is then: how do you do that? How do you develop a sense of planet? That is really solid scholarship that helped me, at least, to think through some problems on this scale.

Are there any books about to be published you are looking forward to?

Yes! John Guillory, a literary scholar, published a book called Cultural Capital: The Problem of Literary Canon Formation, which applied Pierre Bourdieu’s insights to Anglo-American criticism. That book came out about thirty years ago, and I was talking about it with colleagues, and how it is in need of an update. As it appears, Guillory has just published a new book on the state of the field. This is something that I really look forward to reading.

Do you have a favourite book yourself? Cli-fi or something else?

Those are the types of questions I have a hard time answering.

I can imagine, haha.

I can say something, however, what I like to teach. This year I taught a novel by Colson Whitehead, The Underground Railroad, which is not about climate change. I also taught a poetry collection by Tommy Pico, Nature Poem, which offers an interesting Indigenous perspective on environmental ethics. So, I cannot answer the question what my favourite book is. There are simply too many.

Clark, Timothy. 2015. Ecocriticism on the Edge: the Anthropocene as a Threshold Concept. London: Bloomsbury.

Heise, Ursula. 2010. Sense of place and sense of planet: the Environmental Imagination of the Global. Oxford: Oxford University Press.

Menely, Tobias. 2021. Climate Change and the Making of Worlds: Towards a Geohistorical Poetics. Chicago: University of Chicago Press.